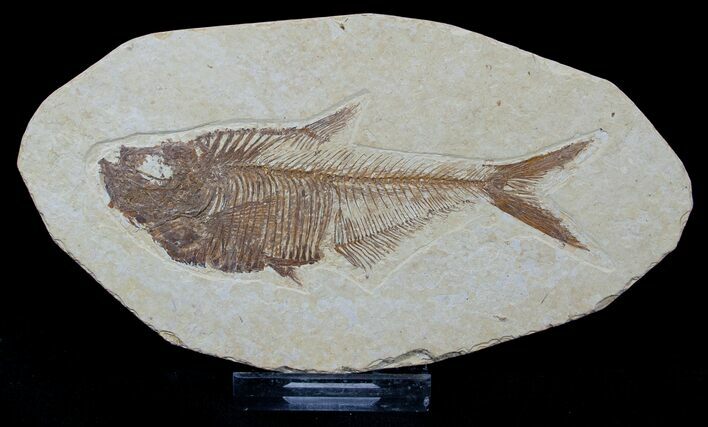 This is a good sized Diplomystus fish fossil from the Green River Formation of Wyoming. It comes from Warfield's Quarry near Kemmerer and is just under 4 inches in length. It has nice dark preservation which contrasts well against the creme colored matrix. It comes with the pictured acrylic stand.