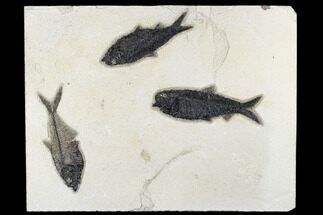 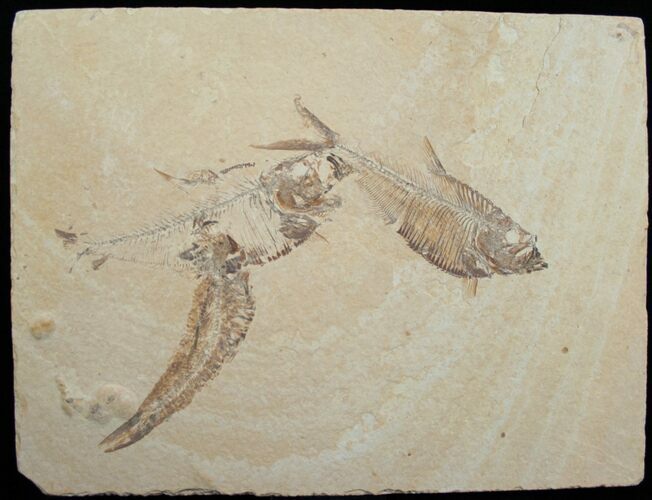 This is a slab of matrix from the Green River Formation of Wyoming with three fossil fish preserved on it. There are two specimens of Diplomystus dentatus and one of Knightia eocaena. 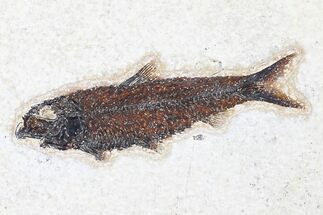