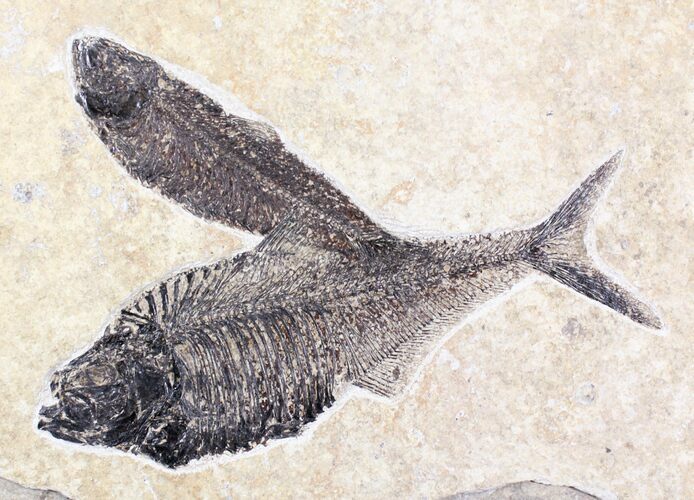 This is a pair of good sized fish fossils from the famous 18 inch layer of the Green River Formation near Kemmerer, WY. There is a 9.5" long Diplomystus dentatus preserved right over the top of a large, 7" Knightia eocaena. They are nicely centered on a 14x8.4" slab of matrix which has been backed by wood both for stability and to make it easier to hang on a wall. Comes with a display stand.