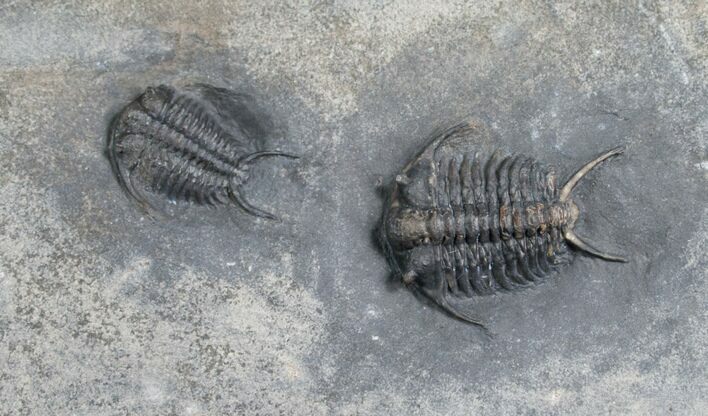 This is a double Ceraurus pleurexanthemus specimen from the famous Walcott-Rust quarry in NY. The Ceraurus layer in the quarry has been completely unproductive the past two seasons, so there are very few of these trilobites being found now. This pieces has two specimens, the larger being 1" long on a 3.3x2.6" squared off piece of limestone. They have been prepared with air abrasives under microscope and stand out with nice relief against the surface.