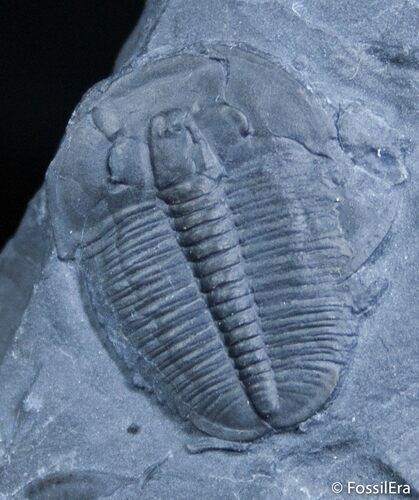 This is a 505 million year old piece of shale from the Wheeler Formation with two Elrathia kingii trilobites preserved on it. The larger one is approximately 3/4 of an inch in length. They both have their free cheeks while the majority of Elrathia's found a molts. They were microscopically prepared using air abrasives to preserve the fine surface detail.