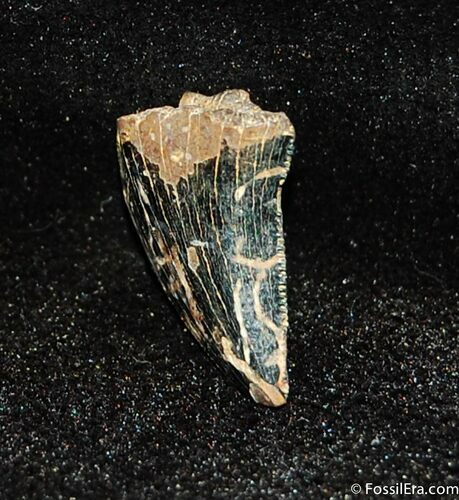 This is a nice .52 inch long tooth coming from a dromaeosaur, closely related to the velociraptors of Jurassic Park fame. It comes from the Cretaceous aged Hell Creek Formation of Montana. It's a very nice tooth with all of it's enamel present, a little natural feeding wear on the tip and just some slight discoloration from plant roots. This would be a great addition to any fossil collection or a great gift for a dinosaur lover. 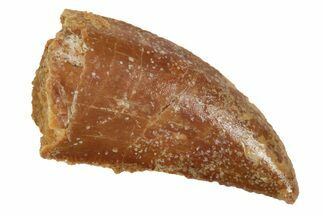