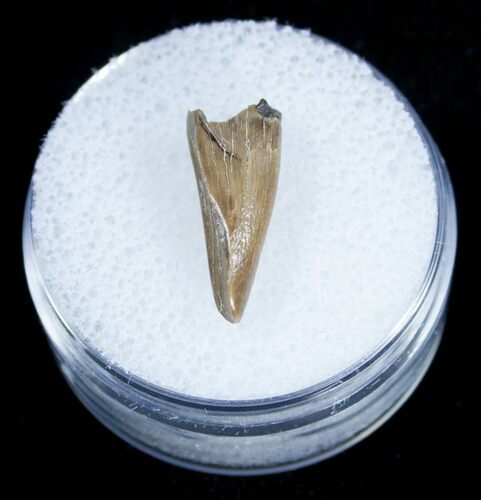 This is a 1/2 inch long Dromaeosaurus (raptor) tooth from the Two Medicine Formation (Judith River Group) of Montana. Nearly all Dromaeosaur teeth you see on the market come from the younger Hell Creek Formation. This tooth has great enamel preservation and comes in an acrylic display case.

Cast of Demaeosaurus foot showing sickle like claws
The genus is related to Utahraptor, as may be evident by its deadly toe claw on each foot. Dromaeosaurus varies from its relatives in some traits. It has a short, massive skull, a deep mandible, and robust teeth. The teeth tend to be more heavily worn, suggesting that its jaws were used for crushing and tearing and the giant toe claw may have had other primary uses. These details support a scavenger lifestyle, but as already mentioned, there are few absolute conclusions regarding this robust little theropod.
About Dinosaur Teeth
View Jurassic World Fossils
What Is A Raptor (Dinosaur)?
SOLD
DETAILS
SPECIES
Raptor
AGE
Late Cretaceous (~74 Million Years) 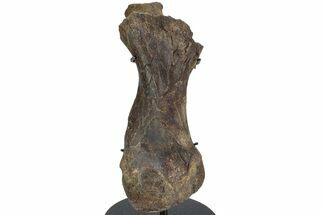