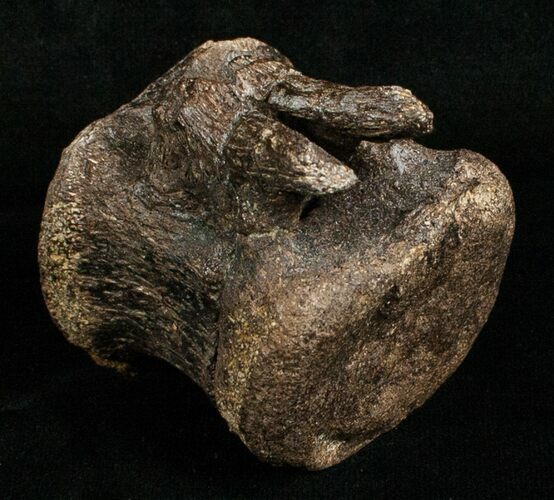 This is a nicely preserved mid-distal caudal (middle of tail) vertebra from Edmontosaurus annectens more commonly referred to as a "Duck Billed Dinosaur" It's 2.2 inches tall and nicely preserved with almost no erosion. There is a single repaired crack through the center but no restoration.