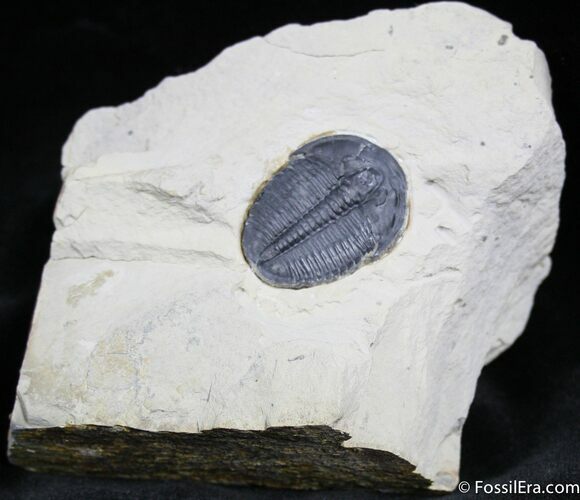 Here is a beautifully preserved 1.15 inch long Elrathia trilobite from the 505 million year old Wheeler Shale of Utah. It was prepared under microscope using air abrasives to expose much more surface detail than the typical preparation methods used by the quarry.