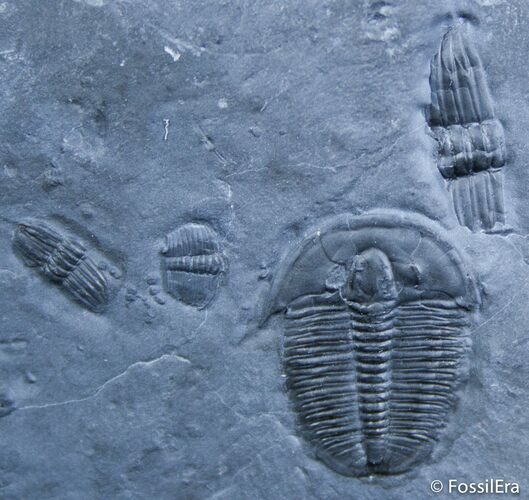 This is a 505 million year old piece of shale from the Wheeler Formation with two Elrathia kingii trilobites preserved on it. There is one complete one about .85 inches long and a partial molt about an inch away. There are also pieces of several other trilobites on the plate.