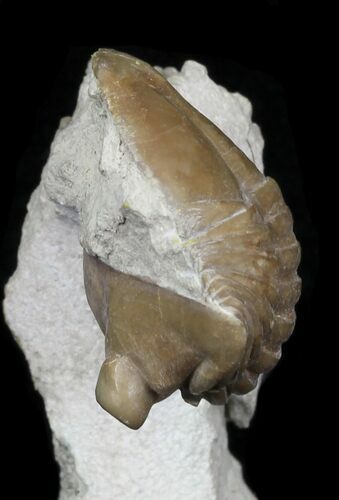 This is an uncommon, enrolled Asaphus kotlukovi from the Vilpovitsy quarry near St. Petersburg, Russia. It's Middle Ordovician in age or approximately 465 million years old. It is nicely preserved, very 3D and display sell on the limestone which displays upright on a flat surface. The specimen would be around 2 inches long it outstretched.

Like nearly all of the trilobites from this region there is some shell restoration to replace shell that flakes off when the rock is broken during collection. It's less than the average specimen, about 3%, mostly at the end of the tail.