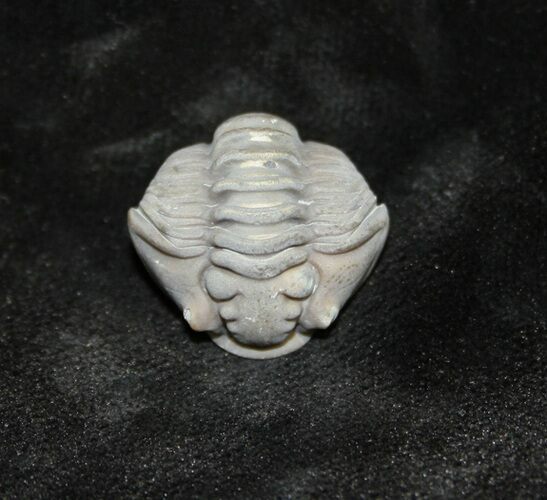 Here's a nicely enrolled Flexicalymene retrorsa from Mt. Orab, Ohio. Trilobites enrolled like this as a defensive measure to protect their soft underparts. This one is beautifully preserved and has been carefully prepared free of the surrounding rock under microscope.