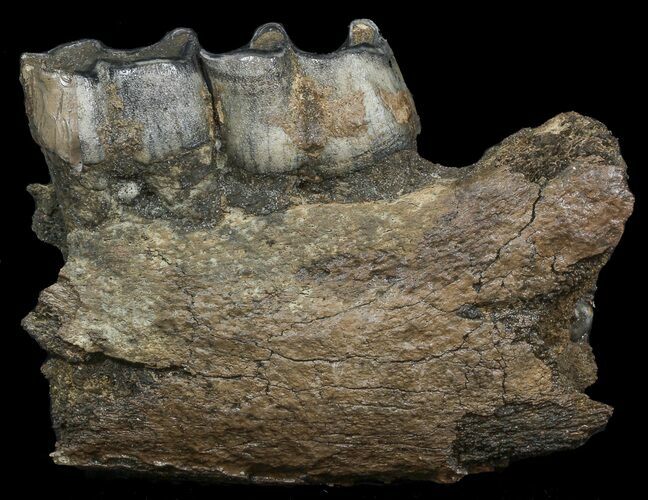 This is a 6.3" long partial lower jaw of of Stephanorhinus kirchbergensis, an extinct Rhinoceros. It's Pleistocene in age or approximately 120,000 years old and comes from the gravel deposits of the Rhine River. Fossils of Stephanorhinus are much rarer than those of the Woolly Rhinoceros (Coelodonta). It comes with a display stand. 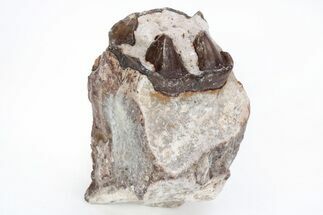 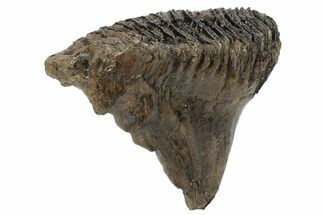 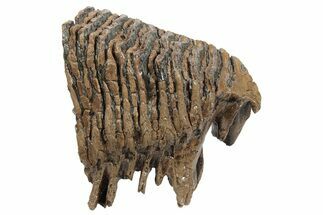 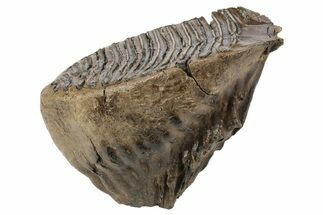 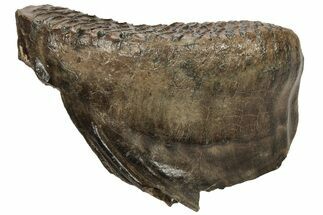 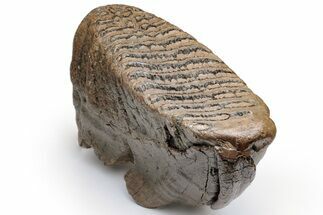