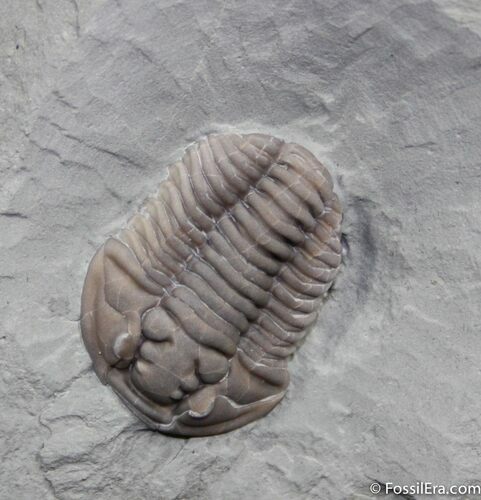 This is a beautifully preserved Flexicalymene retrorsa trilobite fossil from Oldenburg, Indiana. It's just under and inch long and has great shell preservation. The tail is just tucked underneath the specimen. It was lab prepared using air abrasives under microscope.