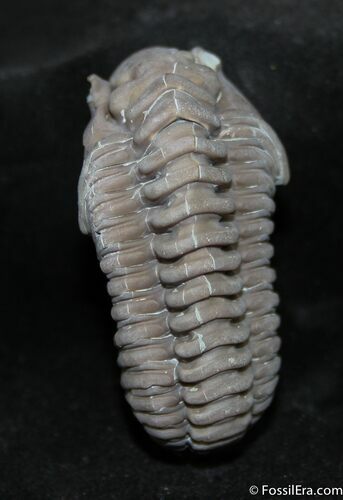 At 1.85 inches long (around curve) this is a very large Flexicalymene retrorsa from Oldenburg, Indiana. The "flexies" at the Oldenburn quarry can be much larger and have thicker/darker shell that those found at the more well known collecting locality, Mt Orab, Ohio. The trilobite is slightly curled over and a little compressed width wise but it's size makes up for it. It was collected and prepared by Dan Cooper. 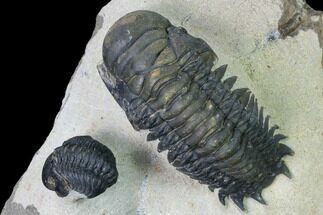