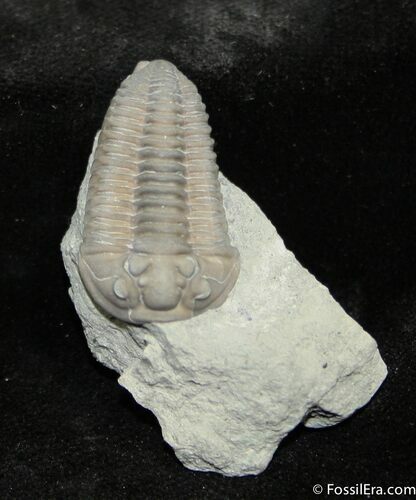 This is an inch long and perfectly prone Flexicalymene retrorsa from the famous locality of Mt. Orab, Ohio. Both the preparation and the preservation is spectacular on this example. It was meticulously cleaned under microscope using air abrasives to reveal all of the surface detail.