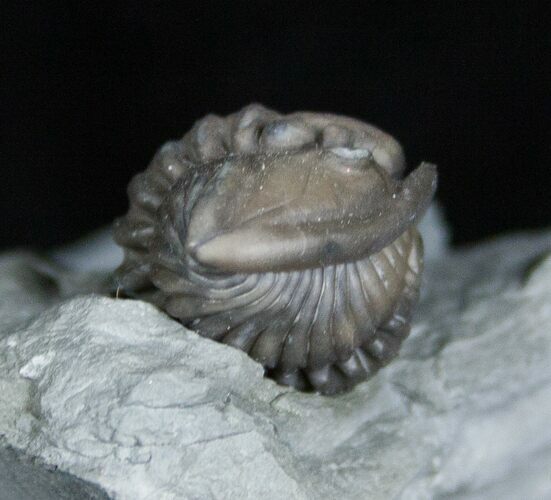 This is a fairly large and enrolled example of the trilobite Flexicalymene retrorsa from Ohio. It is still attached the the matrix on which is was found and was meticulously cleaned using air abrasives under microscope.