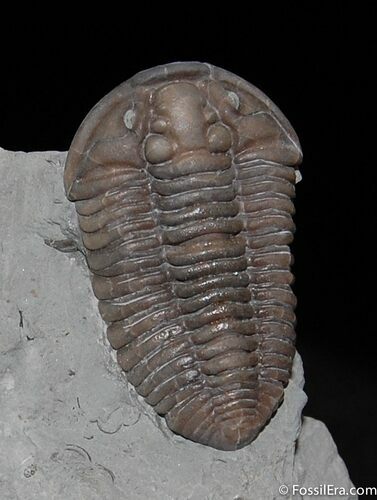 Here's a large and nicely preserved Flexicalymene retrorsa trilobite fossil from Olenburg, Indiana. At just a hair under 1.4 inches its quite large for the species. It's perfectly prone, has amazing surface detail and displays very well on the included stand. This is a beautiful example of a classic US trilobite to add to any collection. You rarely see them this nice on the market.