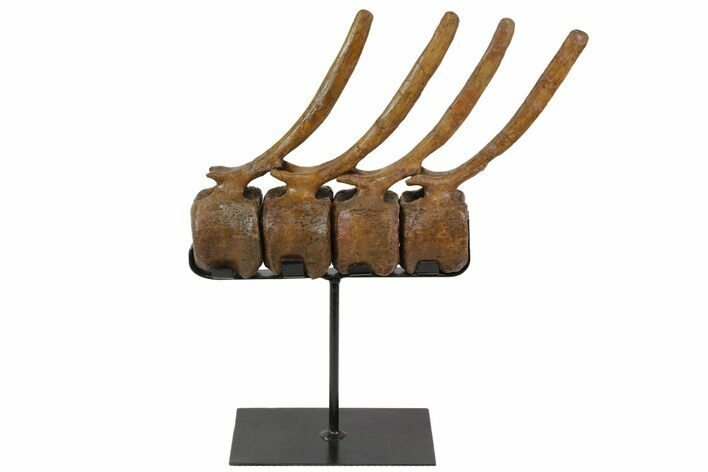 This is four associated caudal vertebrae of a hadrosaur (Edmontosaurus) from the Hell Creek Formation, Fallon County, Montana. This spectacular specimen contains four caudal (tail) vertebrae from the tail. It is 9.7" total length and 16.6" tall when on its stand. They are all in excellent condition with repairs and fills as one would expect to find on this kind of specimen. On its stand, this is a spectacular display. 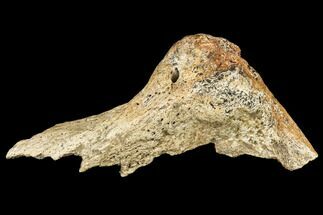