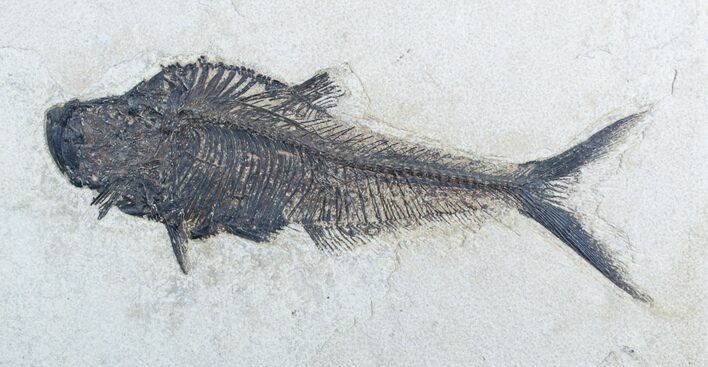 This is a very large Diplomystus dentatus fossil fish from Ulrich's Quarry in Kemmerer Wyoming. It comes from the 18 inch layer which produces larger, darker and more detailed fossils than the split fish layers. The fish is amazingly detailed with great bone structure, fins and a 3D back bone. Preparing a fish of this size and quality from the 18 inch layer would have taken MANY hours of work

It rests perfectly centered on a 15x10 inch rectangular piece of rock which makes for a very aesthetic display.