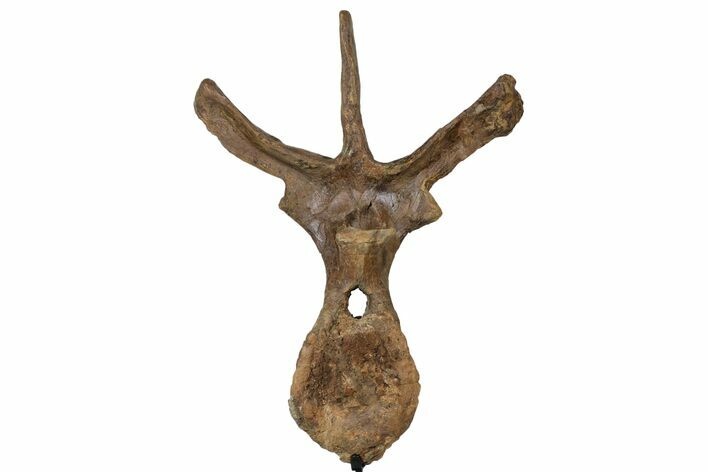 This is a giant, 21" tall dorsal vertebra of a duck billed dinosaur (Edmontosaurus annectens) from Bowman, North Dakota. It was collected within the last year from our partners lease, and just recently prepared. The process is more or less intact with the expected crack fill restoration and the end of the spine top has been restored. This piece looks quite spectacular on it's custom made, metal display stand.

We have two other similar vertebrae from the same animal also available.