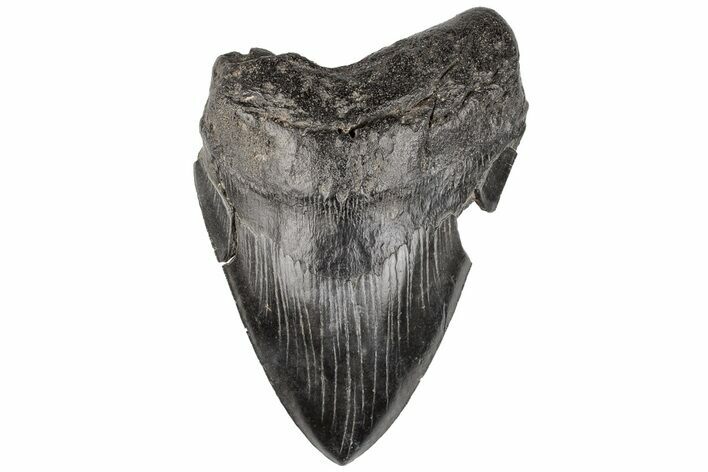 This is a massive, 6.25" long Megalodon tooth collected from a river in South Carolina. Complete meg teeth of 6 inches are very rare, and for each 1/10th of an inch over they get exponentially more rare. This is a beast, weighing 18 ounces and being 4.33" wide.

One interesting aspect of the tooth is the right root lobe appears pathological. The missing section appears to be a growth abnormality rather than having eroded away. 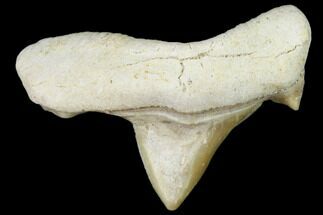 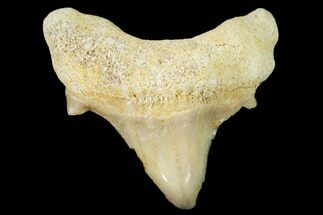 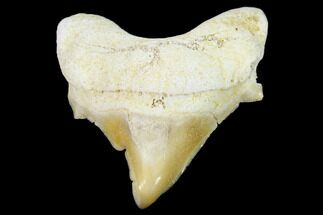 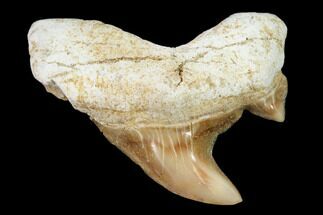