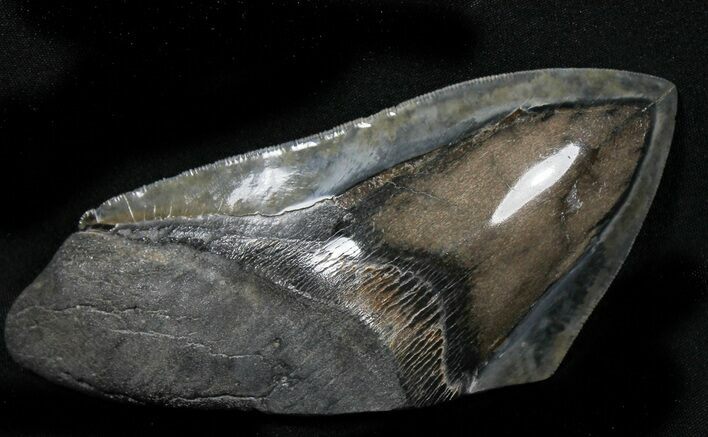 This partial Megalodon tooth is absolutely MASSIVE at 6" in length. A tooth of this size would have come from a prehistoric, mega-shark in the 50+ foot size range. A true whale eating monster of the Miocene seas. It still has sharp serrations along the edge of the tooth.

This beautiful bluish grey and black, partial tooth has been cut flat on one edge and polished into a one-of-a-kind paper weight. The mesial side maintains it's razor sharp serrations.