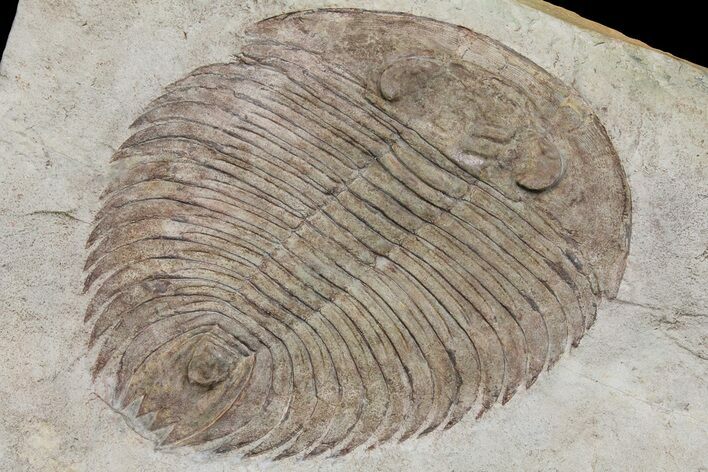 This is a 5.1" long example of Gigantopygus papillatus (Hupe’ 1953) from the Issafen Formation of Morocco. It was a rare, perfect split and both the positive and negative impression of the fossil is included. There has been some color enhancement to the trilobite so that it stands out better from the rock but otherwise I don't see any evidence of restoration.