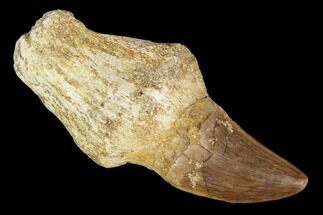 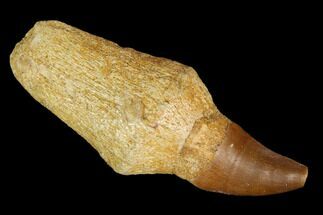 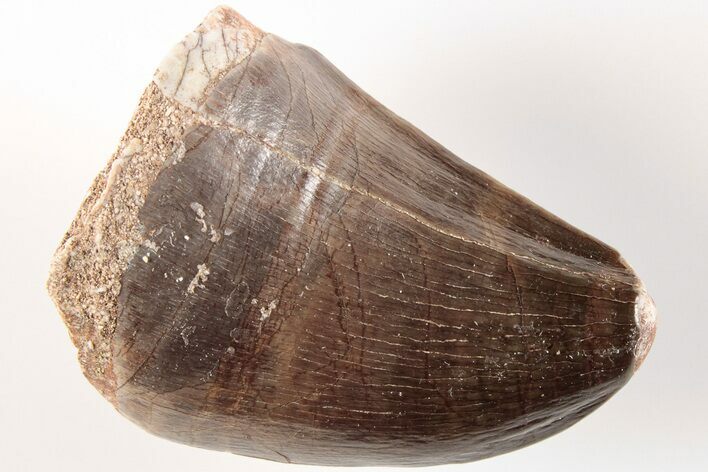 This is a 1.7" long fossil Mosasaur (Prognathodon sp.) tooth from the Upper Cretaceous phosphate deposits in the Oulad Abdoun Basin of Morocco. This tooth is extremely robust and has an aggressively feeding worn tip. 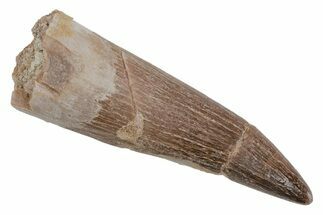 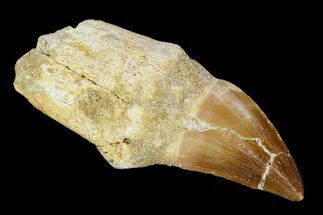 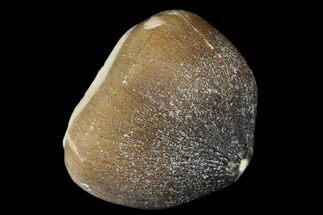 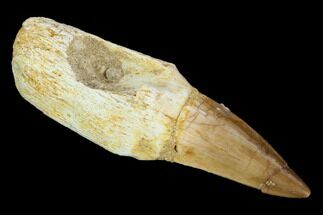 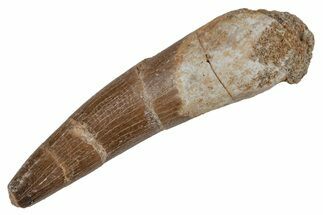