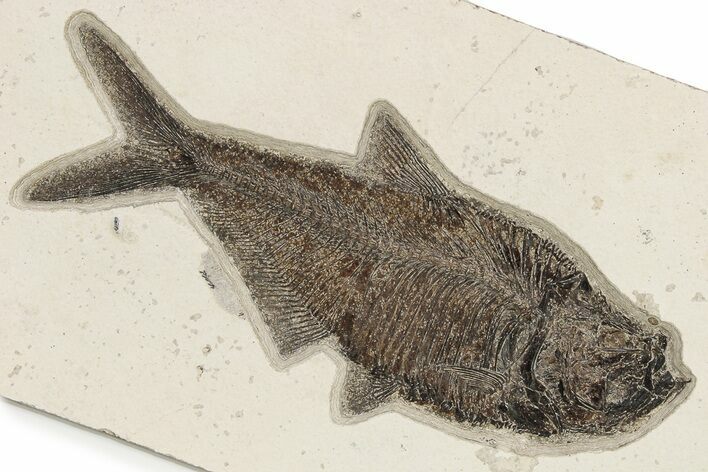 This is a detailed, 12.9" long fossil fish (Diplomystus) from the famous Green River Formation. It was collected from the Lindgren Quarry near Kemmerer, Wyoming. This specimen shows excellent preservation and is centered on a rectangular slab of shale.

This specimen is accompanied by an acrylic and metal display stand.

A view of the 18 inch layer of the Green River Formation at the Lindgren quarry near Kemmerer, Wyoming.
FOR SALE
$695
DETAILS
SPECIES
Diplomystus dentatus
AGE
Eocene (~48 million years) 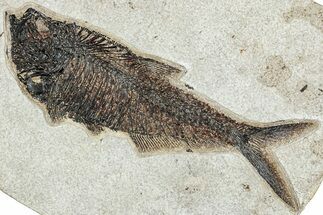 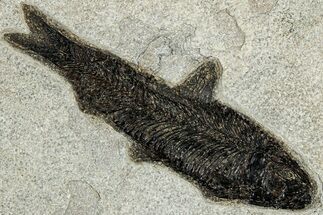