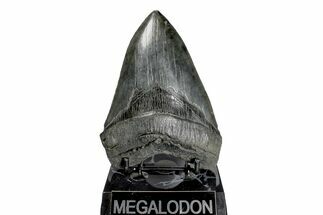 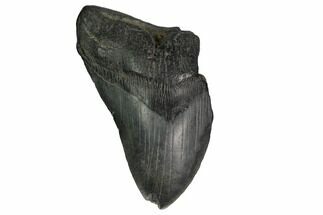 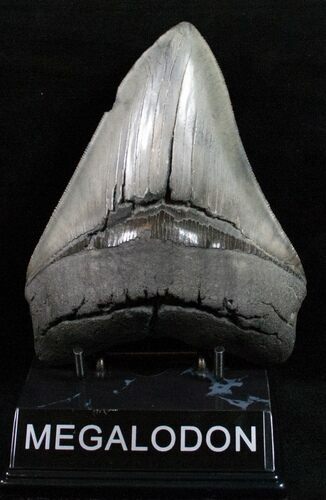 This is a huge, 5.41" long, fossil Megalodon tooth from South Carolina. It's all around in good shape with beautiful coloration. A tooth of this size would have come from a adult, prehistoric shark in the 40-45 foot size range, a true monster of the Miocene seas.

This tooth comes with a custom MEGALODON display stand (pictured)