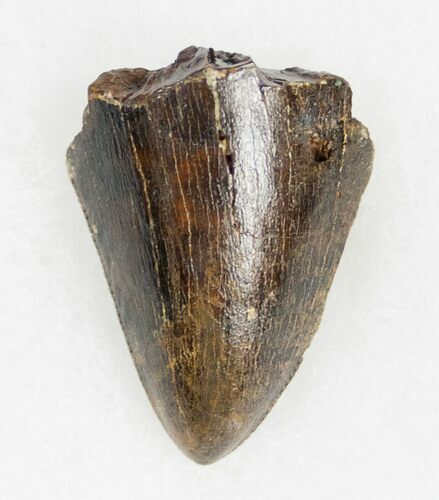 This is a 1.28" long tip of a LARGE Tyrannosaurus rex tooth. It was collected from Tooth Draw Quarry in Butte County, South Dakota. There is nice enamel preservation on the tooth, some natural feeding wear to the tip and visible serrations on both edges. Comes with a riker mount display case. 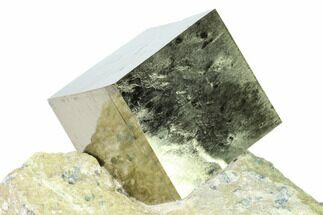