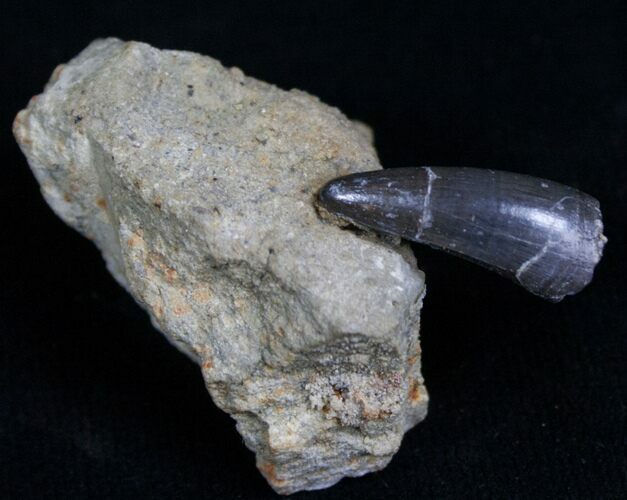 This is a nicely preserved .65 inch long crocodile tooth from the Morrison Formation. It's Late Jurassic in age or approximately 150 million years old. It's in great shape with beautiful enamel preservation and has been prepared so that it displays well on the piece of matrix it was found in. It has not been remounted, rather that is it's original position in the rock.

This tooth comes from what is being called the "Salt & Pepper" quarry, near Dinosaur, CO. Within the past several years this quarry has produced articulated remains of several types of dinosaurs including large theropods, sauropods and Ornithischia. There is a thin layer in the quarry, probably representing a sandy river bottom that produces many isolated teeth and tumbled bone fragments. This tooth was collected this summer from that layer.