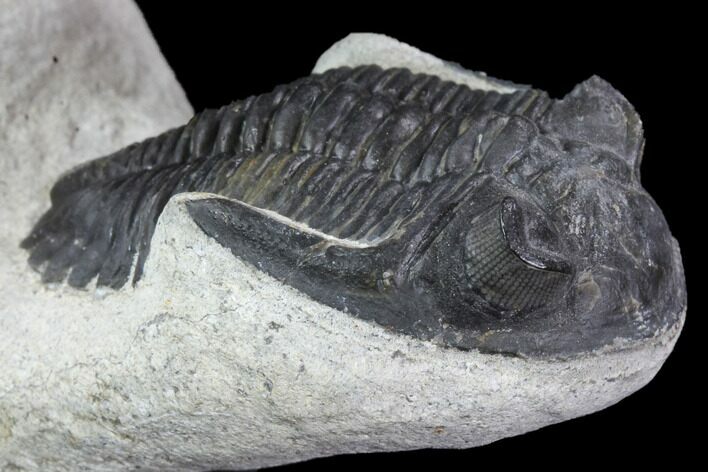 This is a natural association of two different types of trilobites quarried near Ofaten, Morocco. The larger specimen is 1.75" long and is of the species Hollardops merocristata and the smaller one is a partially enrolled Diademaproetus. The surrounding limestone has been nicely sculpted to create an aesthetic, free-standing display. There is about 3-4% shell restoration along repair cracks.