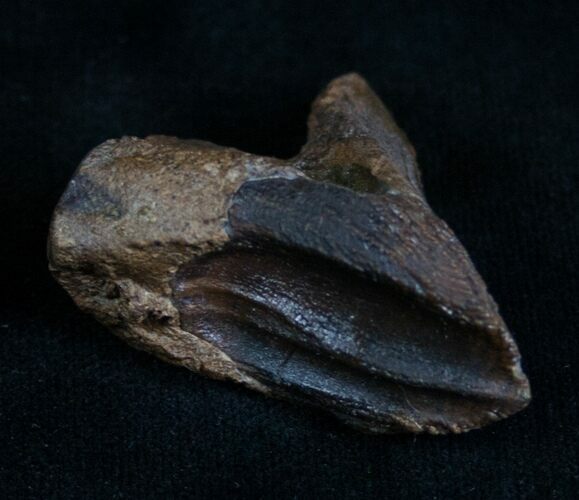 This is a rooted tooth of Triceratops horridus, one of the most recognizable dinosaurs of all time. It comes from the 66 million year old Hell Creek Formation of Montana.

Because this tooth is rooted and exhibits almost no wear it was not a "shed tooth" like the vast majority of Triceratops teeth that are found. This makes it a much more rare find, in particular because it's in beautiful condition having been found while digging rather than being a surface find. This particular one is huge and in exceptional condition.