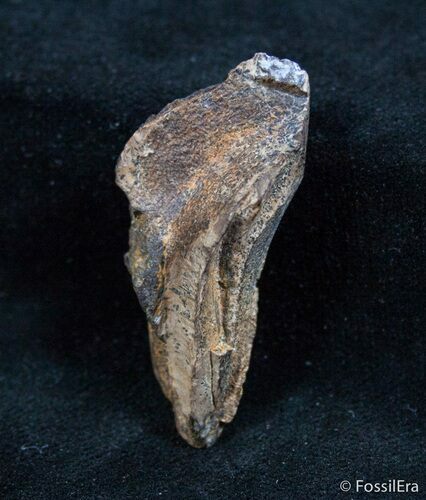 This is a very large Triceratops horridus with a substantial root. The tooth itself doesn't show a much signs of natural feeding wear but the preservation is a bit rough and it's missing a lot of enamel.