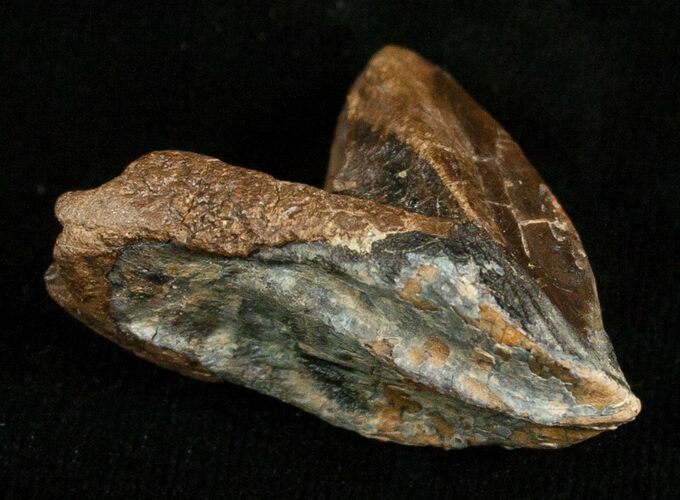 This tooth is huge at 1.45 inches in length, has a partial root attached to it and almost no wear to the crown. Certainly in the top 1% of triceratops teeth.