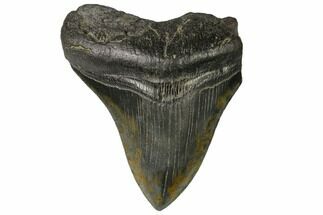 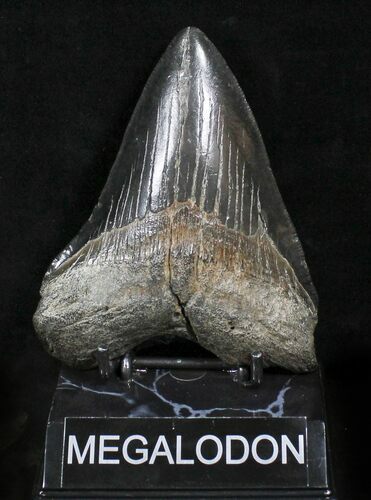 This is a jet black 4.93" long fossil Megalodon tooth collected from the South Carolina coast after it eroded out of the Hawthorn Formation. A tooth of this size would have come from a Megalodon shark in the 35 foot size range.