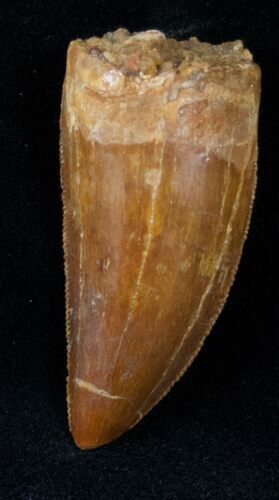 This 1.54" long, premax tooth of Carcharodontosaurus saharicus has absolutely killer preservation. The enamel is in wonderful shape, and nearly all of the fine serrations on both edges are sharp. What it's lacking in size is certainly made up for in quality. There is some slight feeding wear to the tip but no repair or restoration.