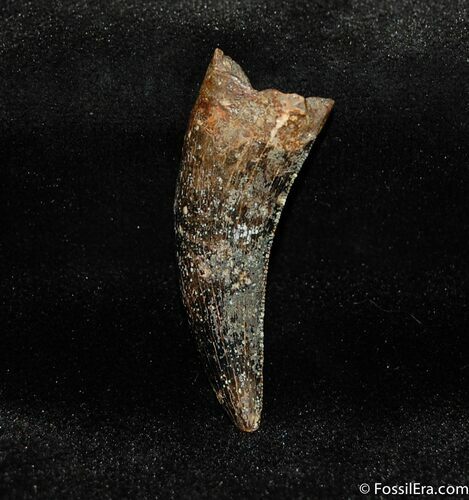 Here is a large, serrated fossil tooth from a Dromaeosaurus, more commonly referred to as a "raptor". It comes from the Hell Creek Formation of Montana, the same formation where T-Rex is found. This would have truly been a killer tooth coming from a large raptor. It still has most of it's enamel present, and there is some light, natural feeding where. The white stops come from plant root discoloration.