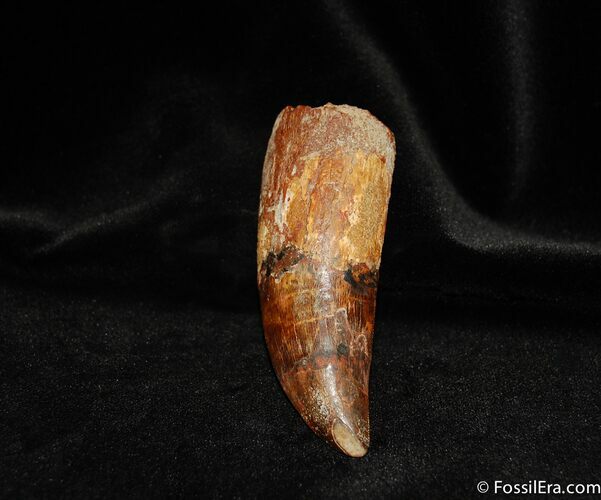 This is a very well preserved and large tooth Carcharodontosaurus, a close relative of T-Rex. This tooth is stunningly preserved with gorgeous redish-brown enamel, part of the root and natural feeding damage to the tip. The serrations are present though a little worn and there is absolutely no repair or restoration.

This is an absolutely killer tooth (literally) from one of the largest theropod dinosaurs to roam the planet.