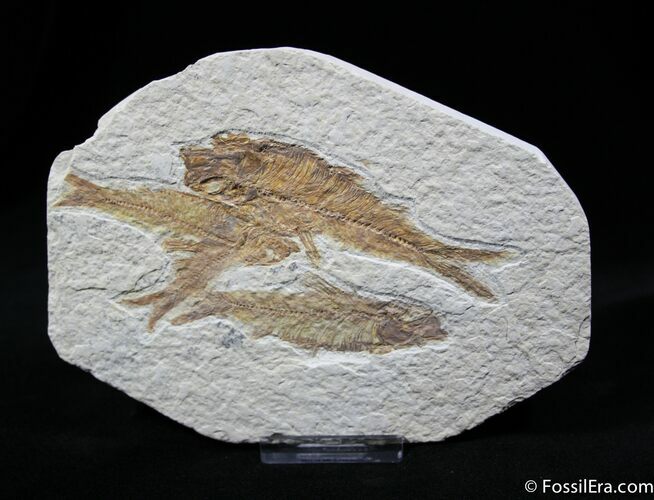 This is a nice multiple plate with four fossil fish of the species Knightia eocaena. The largest one on the plate is 3.4 inches in length and the plate itself is 6x4 inches. It displays well on the included display stand.