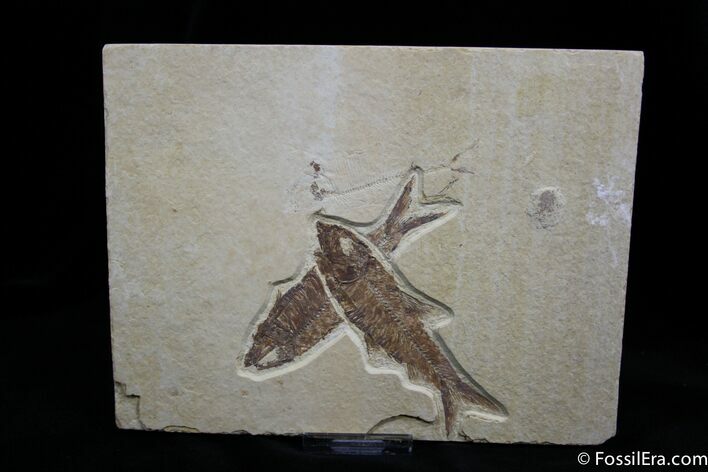 Here is a beautiful 7x5.5 inch plate containing two overlapping fish fossils of the species Knightia eocaena. The larger of the two is 3.4 inches in length. It is from the Green River Formation which is 45-50 million years old and was collected from Warfield's fossil quarry.