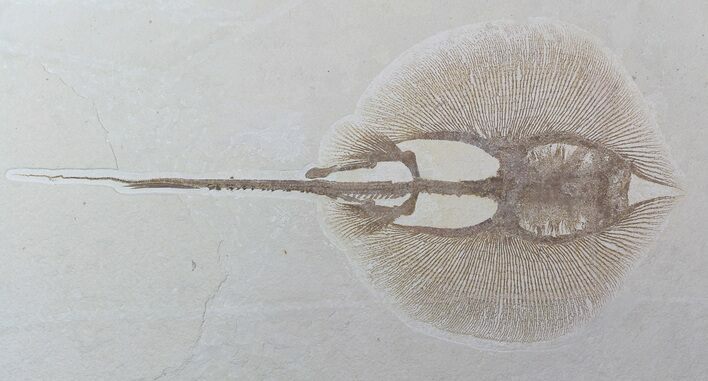 It has then been backed with hardie board for stability and to make it easy to mount on a wall. We can install a french cleat hanging system upon request at no charge. There are several repaired cracks in the rock running the rock and some minimal restoration along the cracks. This is typical as the rays nearly always come out of the rock in multiple pieces. But unlike most specimens this one has NOT been inlaid into another rock.

Heliobatis is an extinct genus of freshwater ray primarily known from the Green River Formation in wyoming. The teeth are triangular and shaped for feeding on small fish, crustaceans, and mollusks.
SOLD
DETAILS
SPECIES
Heliobatis radians
AGE
Eocene (~48 million years)