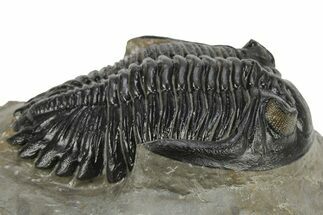 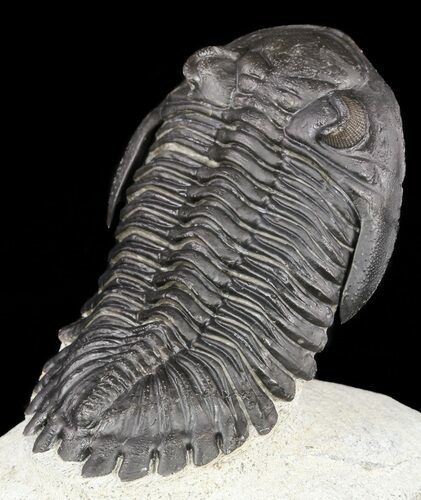 This is an exceptionally large, and nice specimen of Hollardops mesocristata from Issoumour, Morocco. While it is a common trilobite, this is certainly in the top 1% . It's 3.1" long, and nicely prepared with clear, orangish colored eye facets.