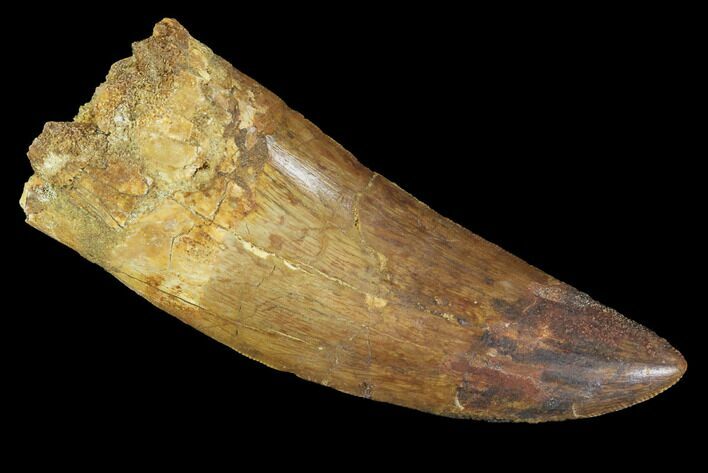 The tip of the tooth is a composite, meaning it was not originally from this tooth, but rather from another partial tooth. There is a fairly significant amount of restoration in the area where the composite tip is attached. The price has been adjusted accordingly. 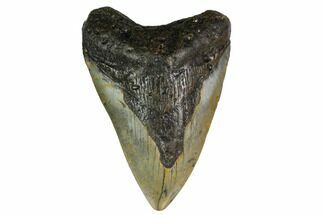