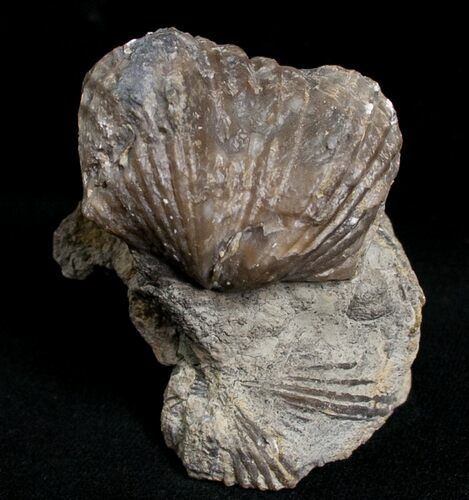 This is a brachiopod of the species Platystrophia ponderosa from the Maysville Formation of Kentucky. It's Ordovician in age, or approximately 445 million years old. It was prepared using air abrasives and air scribes to remove the excess rock around it. 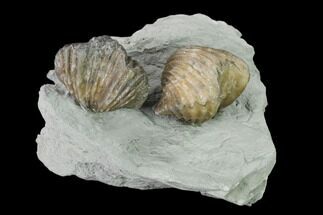