Brachiopods are members of the phylum Brachiopoda or lamp shells. They are marine dwelling bivalves that first appear in early Cambrian seas. Though still living today, the diversity peaked during the Devonian Period. They are so common in the fossil record that in some areas they make up most of the rock in which they are found.
69 Items ($12 to $25) 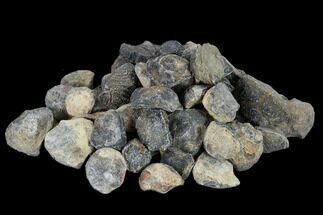 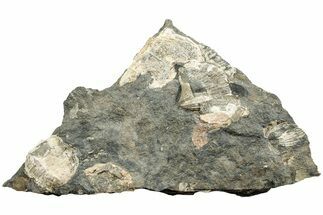 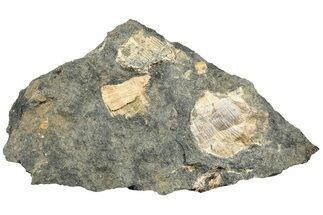 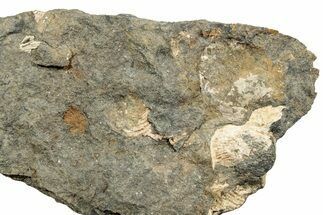 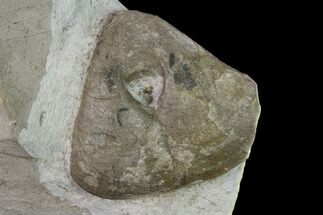 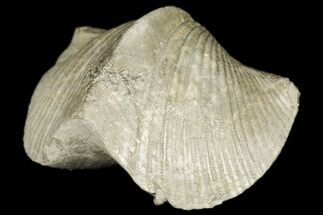 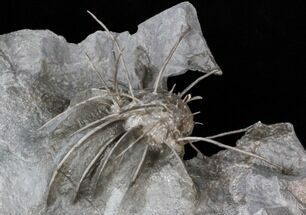 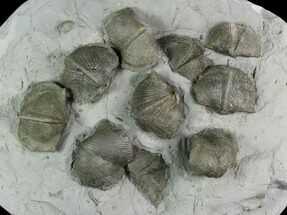 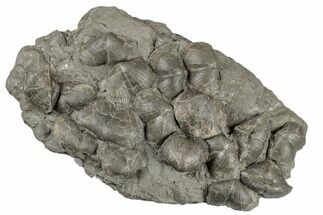 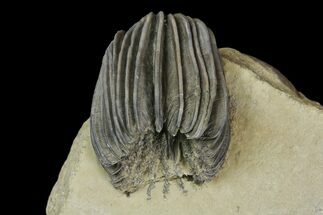 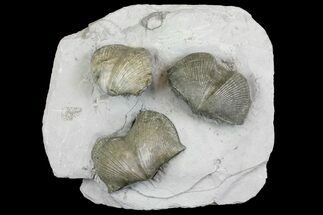 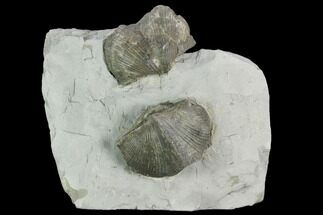 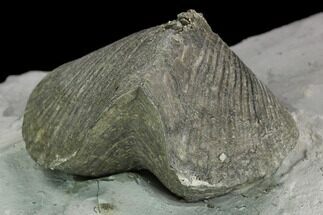 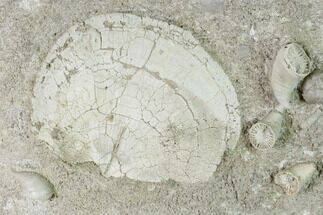 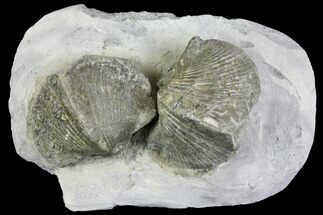 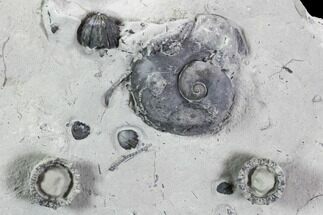 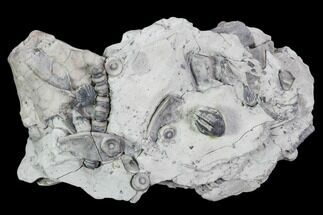 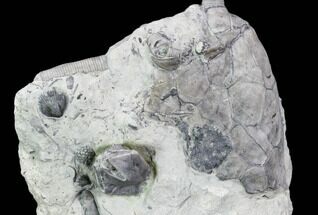 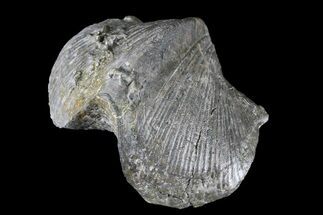 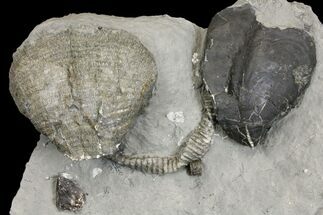 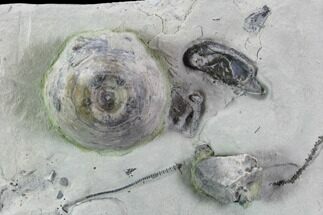 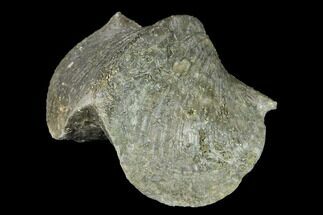 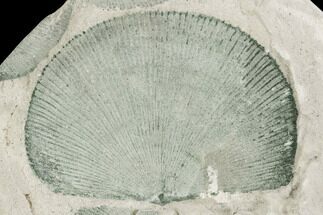 Brachiopods are members of the phylum Brachiopoda. They are clam-like with wide shells composed of two halves called valves. They are filter feeders that live afixed to rocks or on the seafloor.

When Did Brachiopods First Appear In The Fossil Record?

Brachiopods first appear in early Cambrian. These were simple forms with non-articulating shells. Their diversity peaked during the Devonian. There are 12,000 described fossil species of Brachiopoda from 5,000 genera.

When Did Brachiopods Die Out?

Most species of brachiopod died out during the Permian-Triassic Extinction but there are about 450 species living today. They live in cold, marine environments, like polar seas or the continental shelf and slope.

At first glance, Brachiopods look like clams or other bivalve molluscs. Their shell is composed of two halves (valves). Each half has symmetry across a midline. They have two different sized shells, with the bottom being larger than the top. In addition, Brachiopods have a hole in the bottom shell where the attachment comes through. They are also known as Lamp Shells because they resemble ancient Greek oil lamps.

What Do Brachiopods Eat?

Brachiopods are filter feeders. They filter plankton and other nutrients from the water around them.

How Do Brachiopods Move?

Most Brachiopods do not move. They attach themselves to a rock or shell and remain in that location as long as whatever they are attached to does. A few species move short distances by extending their pedicle (foot), attaching to an object and pulling themselves toward it. This is not an energy efficient way to move and Brachiopods that employ this method never move more than a few inches or feet.

How Big Are Brachiopods?

Where Do Brachiopods Live?

Brachiopods alive today live in cold, marine environments like polar seas and the continental shelf and continental slope. The diversity of fossil species suggests that Devonian Brachiopods occupied most of the marine environments that existed at the time. It is likely that they lived in cold polar waters and warm seas, from the deep ocean to shall bays. Some probably even lived in water with low salinity, like river mouths and shallow bays.

What Is The Difference Between Brachiopods And Clams?

They look similar but Brachiopods are more closely related to Bryozoans than Molluscs. The easiest differences to identify are in the shells of clams and Brachiopods. Mollusc shells are divided into left and right while Brachiopod shells are divided top (dorsal) and bottom (ventral). The shells of mollusks are usually equal on the right and left. In Brachiopods, the bottom shell is larger than the top. The other big difference is in how they feed. Both are filter feeders but mollusks extend their filter into the water and pull food into its shell. Brachiopods have internal feeding structures. Water is drawn into the shell where the food is filtered out before expelling it out.