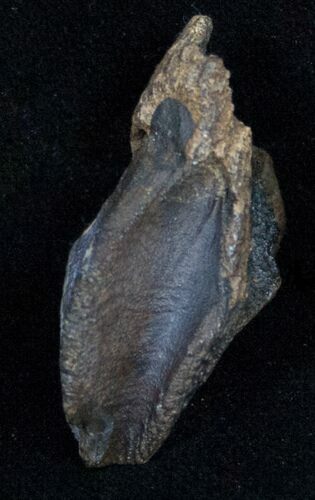 This is a large Triceratops horridus tooth with relatively little wear. Triceratops is one of the most iconic dinosaurs, recognizable by almost everyone. The vast majority of teeth found are, worn teeth that are discarded during the dinosaurs lifetime. The tooth is unworn making it a much more rare and valuable find. Not only does it exhibit little feeding wear compared to most teeth but it's very large at 1.4" long. 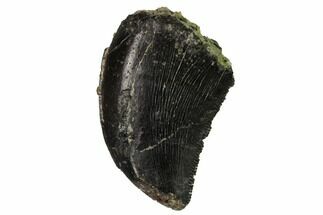