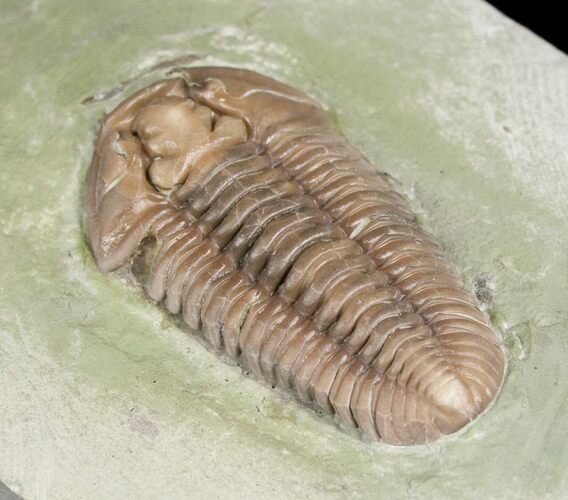 This is a massive, 1.81 inch long Flexicalymene retrorsa from Oldenburg, Indiana. Less than 1% of Flexies reach this huge size. This specimen is laid out very prone and centered on a nice piece of shale making it a very displayable trilobite. It was expertly cleaned under microscope using air abrasives. The Oldenburg, IN locality which was producing these super-sized Flexicalymenes was collected out this past summer.