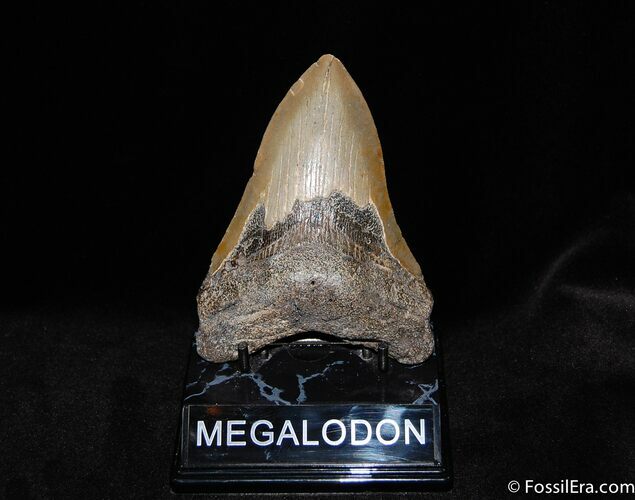 This is a large 4.71 inch North Carolina Megalodon tooth. It is complete and overall in good shape. The serrations are worn but some of the are still visible and it displays well on the included custom "MEGALODON" stand.