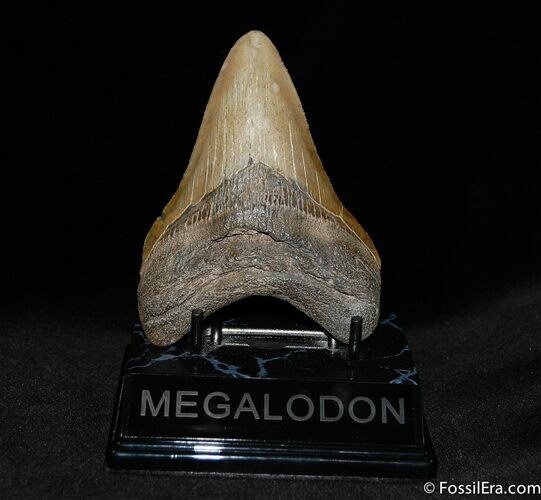 Here is a beautiful 4 inch Megalodon tooth from the 4-7 million year old Hawthorn Formation. The tooth is in great shape, with good coloration, a very robust root and some serrations still visible. It displays well on the included "MEGALODON" stand.