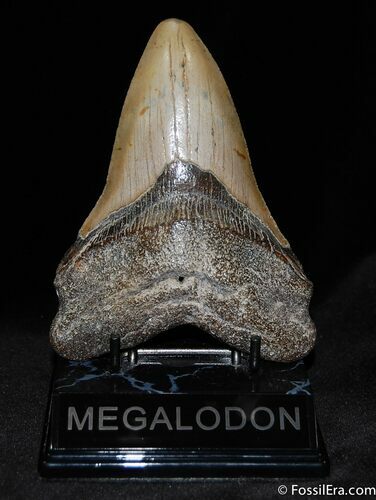 Here's a nice large Megalodon tooth just under 5 1/4 inches long. This would have come from an adult 40-50 foot long ancient shark. A true terror of the prehistoric seas some 5 million year ago. It was collected by a diver off the SE Atlantic Coast (North or South Carolina) after if weathered out of the Hawthorn Formation.

The tooth has great coloration, a beautiful blade, some serrations still present on the edges and natural feeding damage to the tip. It displays very well on the included stand.