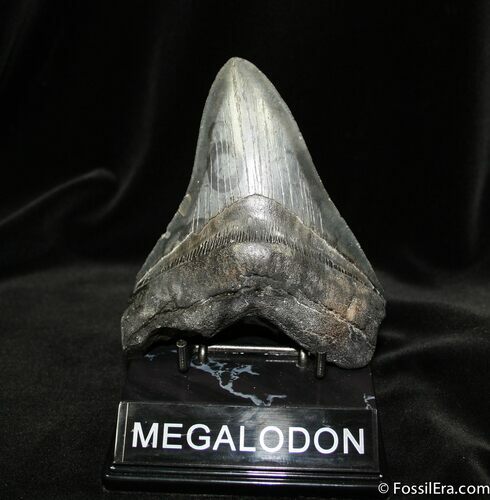 Here is a big 4.88 inch long tooth from the prehistoric, whale eating, mega-shark the Megalodon. This tooth would have come out of a 40+ foot long adult shark. It was collected in Georgia and has some excellent serrations along the edge of the tooth. Like nearly all teeth this FossilEra it has no restoration or repair.